Another author interview today! This week, I talked with JR Creaden, a YA/SF author.

MG: Who was your favorite author as a child? Do they influence your storytelling now?

JRC: I didn’t latch onto a favorite until high school, somehow. I read widely but often felt bored with the stories—I gravitated away from children’s literature by fourth grade. In high school, however, I discovered Isaac Asimov’s novels. I’d read many of his short stories, but it wasn’t until Foundation that I finally said, “This. This is my favorite.” Asimov influences how I write and read now; I crave that straightforward prose, the easy delivery of science or emotion or logic. While I often wish his characters showed more diversity, I adore the motivations of his characters—prolonging human civilization, colonization, preserving scientific discoveries. These are intrinsic themes in all my stories.

MG:  Do you have any writing plans after Contact Files? 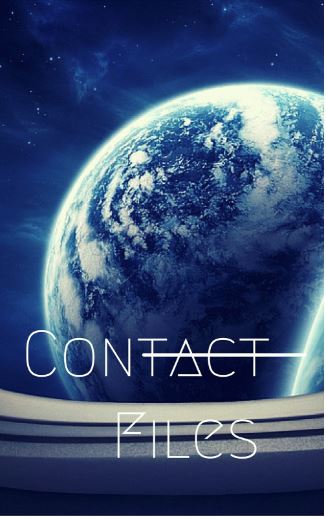 JRC: I have another series in the works as well, The Believers, which is also YA scifi, but my not-so- secret dream is to write historical fiction about my favorite scientists. In my adolescence, I became enchanted by the 1900 World Fair, where so many brilliant, driven, free thinkers showed up to share their ideas with the world– Franz Boas and Nicolai Tesla, in particular. In the back of my creative mind, I’ve been gathering research to showcase that World Fair for a decade.

MG: Is there a story mash-up you’ve been waiting to read that you haven’t seen yet?

JRC: So many! Skippyjon Jones meets Dr. Seuss. Fringe meets Dr. Who. Star Trek meets CS Friedman’s Coldfire Trilogy. The Foundation series meets the Enderverse. I could go on forever with this.

MG: What is your favorite way to avoid writing?

JRC: Must we use the word avoid? I give myself the leeway to say “Not today, I’m processing” as often as I need to. Playing video games is definitely my go-to “not writing” activity—I love RPGs with rich companion characters, the more fantastic the better. Some of my recent favorites are Dragon Age: Inquisition, which I’ve played through four times too many, according to my family, and Life Is Strange.

MG: If you could retire into any fictional world, which would it be?

JRC: I’d retire into Harry Potter’s world if I could. Post-Voldemort, of course.

MG: Sounds like a plan to me! Thanks so much, JR, for sitting down with me today!

JR began her writing career as a child disgruntled with song lyrics. After some early success with poetry and essays, she spent decades distracted by songwriting and academia until her story dreams became too interesting to keep to herself. Re: Morse, the first book in JR’s YA scifi series Contact Files, will soon be ready for public consumption or vivisection. Her goal is to share stories that inspire readers to embrace cultural diversity, the promise of science, and the value of humor and imagination to build a future that’s more Star Trek and less 1984. When she’s not writing, JR enjoys exchanging “your mama” jokes with her children, floating in lakes, and slaying virtual dragons.