Just to remind everyone what the prompt was… 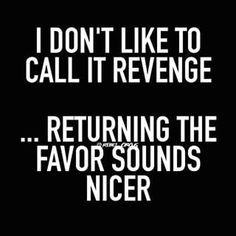 Just a warning, this is REALLY rough. (It’s all over the place, no editing, no anything.) But I have a reason.  I had no clear thought on what this thing was supposed to be about. I had no idea it was going to take me where it did. But I like where it took me. So I’m going to give it my usual treatment, and I’ll show you the steps as it progresses from the jumbled mess that plopped onto the page like a bucket of worms into… whatever it becomes. Certainly easier to read, that’s for sure. Because right now, I basically don’t know who’s speaking except Rubette. All snarking aside, here is…

Arms and legs flailing, Tandy tumbled down the hill, coming to a hard stop against the rock wall at the edge of the farmer’s field. Rubette stood atop the hill, her white eyes glaring at her friends.
Some friends they’d turned out to be. They tormented and bullied and tortured anyone they didn’t deem worthy of their little group. Which was anyone. Small children, an old lady walking down the wood-plank walk in front of the local shops. Even the butcher was afraid of Morah, Neline, and Canilo.
She’d been warned as a small child, when her powers were discovered, that she must never use her power for evil, never for revenge. She’d been taught her craft from the first, if only to teach her how to control it.
Grandmother had worked hard to make sure Rubette knew the strength of her power, and establish her physical and mental limits, as well as societal limits. No-one could know about her powers. She mustn’t use them for evil. Strange things happened to those who knew, and bad things happened when the magic was performed for wicked purposes.
It was only a matter of time before the trio picked out a new victim. And Rubette would be there to stop them.
Only minutes later, Morah, Neline and Canilo were picking on Bryvel about the stack of books she habitually carried.
“You are not the friends I bargained for,” Rubette proclaimed.
“What are you talking about?” Neline asked, raising an eyebrow.
“I’ve always had problems fitting in, because of my eyes. So I bargained for friends. I expected good people – people who respected others. People who gave a damn about someone other than themselves. You are not those people. You are not worthy of being my friends.”
“Looks to me,” Morah said, a smug smirk on her lips, “that we have someone new to play with. Wouldn’t you agree?”
Rubette dropped her voice and spread her feet, brought her hands, palms up, to her shoulders. “Bring it, bitches.” She stared at the ground between her feet and took a deep breath as Canilo nd Neline advanced on her.
“If you two know what’s good for you, you won’t take another step.” The threat wasn’t thinly veiled, it wasn’t subtle. But the pair ignored her, just the same.
Rubette filled her lungs and shoved her hands, palms down, by her sides. The earth trembled and heaved and fell away beneath Morah, but her efforts were for naught.
Morah clapped her hands together in front of herself, pointing her flattened hands at Rubette, then flung her hands out to the sides and behind, sending a burst of air at Rubette.
Rubette blocked the blow and scooped her hands together, lifting them up. Still cupped, her hands glided over an imaginary ball, her top hand shoving a tiny purple spark toward Morah. The spark materialized into a bright green ball of fire, hitting Morah square on the chest.
“I knew you’d be trouble from the day we met. You’re nothing but a trickster, little girl.”
Canilo and Neline turned to face their friend, mouths gaping.
“Get Bryvel out of here,” Rubette commanded. Canilo scrambled and grabbed Bryvel, but the small girl broke free of his grasp.
“I stay.” Bryvel shouted back.
“No! Save yourselves!”
“I can help.”
“We all can.” Neline’s voice broke Rubette’s concentration.
Rubette looked to Neline, Canilo, and Bryvel. A charge of electricity surged through her, dropping her to the ground.

The voice seemed distant at first, creeping closer as the hazy edges of a black-out broke away like fog on a misty morning.
“Rube-Rubette? Come on, wake up,” Canilo said. He patted her cheek, and she swatted his hand away.
“I’m not dead,” she said, sitting up with Neline’s help. “Why not?”
“Bryvel deflected it, but not completely.” Canilo shrugged. “She’s getting slow in her old age.”
Rubette glanced at the girl. “She’s eighteen.”
“More like two-hundred-and-forty. You’ve much to learn. And I’ve much I can teach you, young Bramor.”
“I’m fine on my own. You should have left. I could have dealt with her.” Rubette looked around. “Where are we?”
“At the catalyst.”
Rubette’s heart stopped. “No! No-no-no-no-no! I can’t go back! I haven’t–!”
“We’re not going back. We’ve all been banished.” Bryvel stood from her spot in the corner of the cave and brought water.
“No, I’m not banished. I’m on assignment.”
“Rube,” Neline said, opening her mouth and closing it again. “I don’t know how to tell you this, but…”
“You’re on Netori.” Canilo didn’t mince his words. “You’ve been banished.”
“I didn’t do anything wrong. I didn’t show my powers, I didn’t do them for evil, I…”
“What did you do?” Neline asked.
“My father sent me.”
“Who is your father?” Bryvel asked.
Rubette looked at the girl–woman. “Jandor Eilen. He’s–”
Bryvel’s jaw dropped. “Kinsor Eilan’s great-great-great grandson,” she said, her voice soft with awe.
Rubette snorted out a laugh. “I’m not royalty. It’s a common enough name these days. After Kinsor fell, two hundred years ago, everyone was trying to claim heir to the throne. How do you not…?” Rubette looked to Neline and Canilo.
“We’ve been here longer than Bryvel.” Canilo sat back against the cave wall and studied everyone.
There was too much to comprehend, and no time to do it. “What’s going on here?”
“Time moves at a different speed here.”
“It doesn’t move at all.”
“Why did you get sent?”
“We are enemies of Kinsor.”
“There isn’t even a rumor that Kinsor banished anyone.”
“There wouldn’t be, would there?”
“I heard he was a braggart.”
“He wouldn’t brag of banishing his parents,” Neline said, glancing at Canilo.
“Or his sister,” Bryvel added.
“What?” Rubette asked. The idea that she could potentially be royalty blew her mind. There was no reason.
“The catalyst keepers… they… they found you. Didn’t they?” Canilo questioned.
“No. A knight. Ronak. He saw me fighting off a nan-nan.”
“Ronak is still alive?” Bryvel asked, her eyes misty.
“Stoic and serious and hard as nails. He’s taken over. He’s the one who sent me here.”
“Did–” Bryvel stopped herself, her hand over her heart. Her eyes filled with tears and her breath caught. “Did he mention me?”
“He mentioned someone named Crystella-something. Sorry, it wasn’t you.”
“Crystella Lumelle.”
“He said no-one else knew that name. How did you?”
“I am she. What did he say?”
“He spoke of the moon and the stars where the pulse of her heart held steady and true.”
Rubette snorted another laugh, but came up short. Ronak had mentioned a marking Crystella had.
Looking up, their eyes locked. Bryvel reached over and untied the lacing securing her leather arm-guard in place.
“Did he send a message?”
“He only said that one day, their hearts would be united again, for eternity.”
Bryvel worked the arm-band off. “How long we’ve been apart, aching to be together once more.”
Ronak had also said that Crystelle Lumelle held the key. “Wait. I didn’t tell you everything.”
“What else is there?”
“You hold the key.”
“I’ve always had his heart. I know this.”
“No. I think he meant a key. Actual or metaphorical, I couldn’t tell you, but… so where is it? What’s the key?”
Bryvel fell silent while she contemplated her existence the past two-hundred-and-twelve years. “There is only one thing I can think of.”
“What’s that?”
“Morah. She is the keeper on this side. She’s been here for an eternity. Never aging, never changing. She gets angrier by the day.”
“So… we dispatch her and take over.”
“Wait!” Bryvel stood abruptly and stalked to the mouth of the cave.
“Crystella, no!” Canilo exclaimed, jumping up and going after her. “The lunnits! They’ll get you!”
Rubette shuddered at the thought of lunnits. Filthy, foul-smelling creatures that only came out at night. No-one knew what exactly they looked like. But they were deadly, just the same.
“One-two-three-four-five–” Bryvel’s counting was cut short by a loud shriek and a commotion outside the cave. A black bolt of electricity flashed, followed by an echoing boom that rattled the cave, sending loose rock tumbling down on Neline and Rubette. “There you are, my little triller.” A moment later, Bryvel and Canilo returned, a small creature wiggling in Bryvel’s arms.
The little black dragon rolled over and opened his mouth in an immense yawn. A bright pink flame shot from his nose when he sneezed. He jumped to the ground and shook himself off. Something hung around his neck, the metal catching the light of the fire they’d lit as night fell.
Bryvel stooped before the pink dragon. “Zareth, my pet. I need this, now.”
He wiggeled again, and rolled onto his back, then wiggled some more until Bryvel rubbed his tummy. He sneezed again, and Bryvel giggled.
“Does this mean,” Rubette asked, crouching down next to Bryvel, “that we’re out to get revenge?”
Bryvel took the key from around Zareth’s neck and stood. She held her hand out to Rubette. “No; I don’t like to call it ‘revenge.’ ‘Returning the favor’ sounds… nicer.” Bryvel held the key up in the light and studied it. “Morah is the gatekeeper.

Writing is a process, and we all know it. It starts with an idea – an egg, if you will. We sit on it, incubate it, and when it’s ready, it’s pokey little beak starts pecking away.