Once upon a time (about a month and a half ago), I saw a tweet. This tweet, actually. And then I said, “I’m so writing that.” And then Mreauow joined in, and it turned into a writing challenge, and then the tweeter — @Making_Pots, said she wanted to see these flash pieces that we were writing off this impromptu prompt. Just as a quick caveat — I’m not impressed with mine. Give me a minute and I’ll tell you the struggles.

Finna tucked a lock of raven hair into the blonde wig, straightened the diamond choker around her neck, and pulled the little peacock mask down.

“You look great, Finna,” her brother’s voice scratched in her ear.

“I always do,” she said with a smile.

“Let’s do this.” Brian muttered something else, but Finna didn’t catch what.

Finna nodded, then stepped out of the bathroom. Her jewel-toned gown sparkled in the twinkle lights twisted around the indoor trellises. Heads turned as she worked through the crowd toward the wall display. Too many had come just to see the Genesis Scroll. 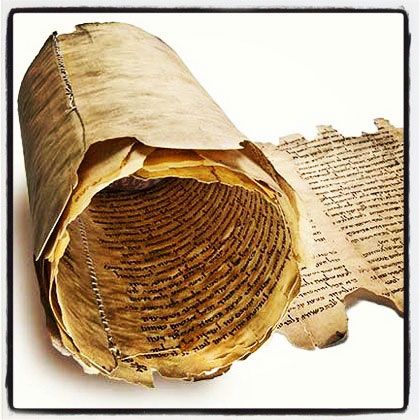 The heist would have to come later. She’d hoped there would be enough people around that no-one would notice her slipping the scroll from the display, but there were simply too many eyes on it. In the meantime, it was worth it to gather all the intel she could on the arboretum. Sure, she’d studied the blueprints and security schematics, but that didn’t mean she knew the best way through the building.

She stood at the edge of the crowd gathered around it.

She glanced at the man standing next to her. He had a nice profile — sharp cheekbones accented by the edges of his Phantom of the Opera mask. Damn it, if she weren’t there on a job… “Are you a collector?” she asked.

“No. But I still appreciate beauty in all its forms.” He turned his gaze on her. “Including women.”

Finna turned to face him. He was standing so close she stepped back and still had to tip her head back to meet his gaze. “I’m short—I get it—but my eyes are still not that low.” His eyes snapped up to hers and she smiled.

“As I said—I appreciate beauty in all its forms.” He held his hand out. “I’m Jackson.”

She placed her hand in his. “Neela.”

He brought her knuckles to his lips. “Beautiful name.” He glanced at the scroll. “What do you know about it?”

“I like it. Mom picked a good name when she named me.”

“I meant the scroll.”

“Of course you did.” She smiled again. “And I know plenty.”

“Nah.” She turned away and headed for the table of drinks and hors d’oeuvres. He followed her. “I wasn’t aware that coming to a party meant being stalked as soon as I stepped foot inside.”

“Oh, come now. How else is a man supposed to get to know a woman?”

“Give a woman your credit card and see what she buys with it.”

Jackson laughed a deep belly laugh. Finna walked away again, this time with a glass of champagne.

She ignored him. If she didn’t, she’d end up finding a corner to fuck him in. The richness of his voice paired with the lean, lanky build beneath the tux had her needing something she hadn’t even wanted in more than a year.

Finna disappeared into the crowd, just like her mother had taught her to do, and wandered around the arboretum, learning which halls were monitored and how, what her quickest escape would be once she had the scroll.

Jackson watched her disappear into the crowd. The height was right, but her hair was a beautiful honey blonde. And with the damn masks, it was hard to tell. He sighed. No-one would be stupid enough to try stealing the damn thing anyway — it was just a crusty piece of paper that miraculously hadn’t fallen into a pile of dust yet.

People mingled in clusters around the arboretum. The little peacock slipped through one of the main doors and out into the night. He sighed and turned and nearly plowed Tiffany over. “Excuse me,” he said.

“Toby.” Tiffany looked him up and down, licking her lips and smiling.

He tried not to cringe. Whether he was successful, he wasn’t sure. A moment later, he had her in his arms and they were dancing. “I can’t—”

“It’s a beautiful night, and I’m sure I could find a quiet spot for me to get you out of this outfit. What are you supposed to be, anyway?”

He sighed. How the hell had she gotten out of sixth grade, let alone graduated college? “You gave your college professors a lot of lap dances, didn’t you?”

She slapped him and he couldn’t have been happier for it. He barely held back the laugh. Maybe she’d finally get the hint that he wasn’t interested in stupid little girls with no ambition beyond spending all of Daddy’s money.

They bumped into each other again at the scroll.

“Four thousand years old. She bought it for thirty-two-point-seven million two months ago.”

Impressed that she knew even that much, Jackson said, “You’ve done your research.”

“How else do you learn about things than to research them?”

Jackson chuckled. “I’m a… a bit more of a hands-on learner.”

There was a rigidity to the way he stood, an efficiency to the way he moved; there were no wasted movements with him. He was also showing more interest in her than every other man at the ball. It was time to find out why, to find out if he was a spy, if he was sent to stop her from stealing the Genesis Scroll, if he was wired. There was only one way to find out. And that was to get him naked.

“Mm. Hands…” She turned to face him and took his hands in hers, studying them. They were rough, a working-man’s hands.  “On.” She stepped in and placed one of his hands on her back, just above her ass, the other on her shoulder.

“Jackson, was it?” She waited for him to confirm. “I think it’s time we danced.”

“Dance, huh?” He snugged her in nice and tight against his body. He was clearly a man who kept in shape.

“Finna, you need to get out of there.”

“Mhm. It’s another way to get to know a person.”

“Fin, this is bad. Get out. Get the Scroll some other time.”

Somehow, they ended up naked on the couch in the office.

“So how’d you get an invite?” Jackson asked, adjusting her over him.

Finna traced a line over his chest as she listened to his heart-rate slow. “She’s my sister.”

Jackson laughed. “I’m supposed to kill you if you show up.”

“I fucking told you to cut out.”

“Freedom from Tiffany is more than enough. She’s a royal bitch.” That was true.

Finna thought on it a moment. “It’s a deal.”

“But it may only be five percent of my cut.”

“You can explain it to Dad if you get dead.”

“My main goal is freedom from Tiffany,” he affirmed.

“Send Mom in. I need a distraction.”

They went back and forth for several minutes before she had Brian convinced, but eventually, she had him on her side.

An hour later, the four of them were sitting around the kitchen table, staring in awe at the Genesis Scroll.